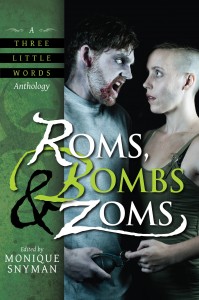 It’s here!  The Roms, Bombs & Zoms anthology, published by Evil Girlfriend Media, releases today a romantic, explosive, and incredibly undead anthology. It is a fantastic read that’s filled with zombies, explosions and romance – one way or another.  The anthology also features some exceptional authors with a great interpretation of the “three little words”, which will entertain readers for the duration of the book.

No two stories are alike, every writer took a unique approach to the theme and each author put his/her heart and soul into the work.  Along with the blood, sweat and tears from the Evil Girlfriend Media team who tirelessly worked to put it all together, I’d say you’ll be getting value for your money with this anthology.  But you be the judge of that.  Evil Girlfriend Media’s editor, Monique Snyman, chose stories that entertained her while bringing all three of the elements of the title together in unique ways.

In a quote from their webpage, EGM states, “We are so proud of this talented team of individuals. They are as diverse as their stories ranging from screenwriters, indie authors, musicians, and traditionally published authors. You’ll find stories about zombie STDs, a female soldier who left her lover behind, a righteous preacher and the dilemma of an undead wife, a boy and his dog, plus many more.”

Check out the released Table of content for Roms, Bombs, and Zoms featuring Killion Slade and many other delicious artists!

UNTIL THE END
By Patrick D’Orazio

I’LL COME BACK
By Michelle Kilmer

THE SECOND BATTLE OF GETTYSBURG
By Kriscinda Lee Everitt

CHURCH OF THE RISEN DEAD
By Tom D Wright

THOUGH SHE BE LITTLE, SHE IS FIERCE
By Michele Roger

NEEDS OF A HALF-DEAD HEART
By Randy Henderson

WHEN THE LAST WAR ENDED
By Paul S. Huggins

YOUR CHEATIN’ HEART
By Katie Cord

THE TOWER
By Joshua Brown

FROM SAFETY TO WHERE
By Kris Freestone

TILL DEATH WE DO NOT PART
By Killion Slade

I’VE GOT YOU UNDER MY SKIN
By Anthony J. Rapino and Monique Snyman 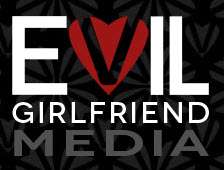