Today we welcome the beautiful Allison M. Dickson to the blog and I am so excited to interview her about 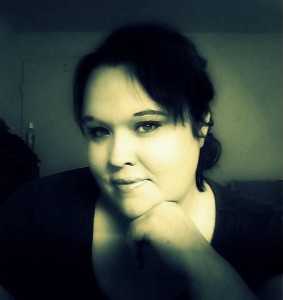 her story, Daddy’s Glasses, she wrote for Sekhmet Press Wrapped in White.  This story truly captivated me as it had an unusual spin on the trinkets the dead leave behind for their children.

What made you want to write this story for Wrapped in White?

Jennifer Greene of Sekhmet Press approached me late last year and invited me to submit a story to their upcoming ghost anthology. Because I suck at vampire stories (pun not intended?), I didn’t submit to Wrapped in Red, so I jumped at the opportunity, because I truly love what Sekhmet Press is doing and wanted to be a part of it. I wrote “Daddy’s Glasses” specifically for this book.

I truly enjoyed this story, it had an interesting twist a reader wouldn’t expect. Where did the inspiration come for the glasses to tell the story?

I’m really glad you liked it! The glasses actually came from real life. So much of this story, in fact, is based on actual events. Not so much the supernatural elements, but the broken glasses in question actually belonged to my grandfather, who committed suicide when my mother was a little girl. The broken glasses were sent to her by one of her sisters just recently, and when she told me about it, I knew I had the seed of an idea for story. I just didn’t realize what it would grow into until I sat down to write it.

That’s a really great question. I have an attachment to a lot of the characters in my short stories, probably more so than the characters in my novels, because I don’t get to spend as much time with them and we’re still in a honeymoon period. I love Clyde from “Dust,” and I’ve tried to write an expansion on that story, but every time I get to a certain point, I hit a brick wall, so I’m about to give up on that. I would love to write another story from the Deb character’s POV in “The Empathy of Agnes Winters,” because I would like to see what has happened to her since she got her new lease on life. Another of my recent favorites is the Pop character from “Devil Riders,” and I actually have a novel planned featuring the father and son from that story. Bikers riding through the back roads of Hell. Should be fun.

It’s hard to stay indoors when the weather is nice. I love going for drives, hiking through the woods, and grilling out. I also love baking, trying out new microbrews, board games, and spending as much time as I can with my awesome family. I also do a weekly podcast called Creative Commoners with my two great friends, Chris Armstrong and Corey Bishop.

I think the right music is essential, and I try to construct playlists that reflect the mood but also don’t intrude too much on my inner monologue. My favorite acts to listen to while writing are Radiohead, Depeche Mode, Massive Attack, Soundgarden, and Nine Inch Nails. I also listen to a lot of movie scores. Favorites are anything by Clint Mansell, as well as the scores from The Red Violin, The Girl with a Dragon Tattoo (by Trent Reznor and Atticus Ross), the Truman Show, and Sunshine. Spotify is my best friend in this regard, because I can have them all loaded and ready to go at the drop of a hat.

Here a couple of silly questions to bring out the human side of your life –
a) If you were a food, what would you be and how would people react to it?

Sushi. Particularly the kind with a little bit of wasabi hidden inside. I’m all about those hidden layers…that burn your face off. But seriously, I think sushi is one of those foods that appear simple—it is, after all, a peasant food in Japan–but it’s far more complex in its design and construction than people think. You have to contemplate its various textures and flavors. Don’t take it at face value.

Do you find inspiration for your stories while washing dishes or taking a shower?

Oh yeah, I’m a big believer in turning off the brain to let inspiration filter in. You can’t actively seek it or it’ll slip through your fingers. That’s why when I’m having trouble finding new ideas, I go do something else for awhile. Washing dishes (when I didn’t have a dishwasher especially) was a big one. Driving is probably where I get a great number of my ideas. Also playing video games. When I’m engaged in a game, the gears in the back of my mind are spinning, sorting information and making new things out of old things. I love that.

What’s on deck for Allison in 2014? Any new releases we can look forward to?

It’s been very quiet so far this year, but it’s the calm before the storm. My next big novel, THE LAST SUPPER, is setting to release sometime this summer. It’s a dystopian sci-fi and it has been a very long time coming. I’m about ready to start a big art collaboration for it with my dear friend and colleague Justin Wasson, who has also done the artwork for my dieselpunk-noir series, COLT COLTRANE. I also recently sold a fantasy short story to Apex Magazine, and that will likely be out sometime at the end of this year. I’m a good bit of the way through my current work in progress, a crime suspense novel called GRACE, GEORGIA, that I hope to finish and start shopping around by this summer. Same with the sequel to my novel STRINGS. I also have designs on a Colt Coltrane short story to release soon. So there’s a lot of things simmering on a lot of burners right now.

My deepest fear is being lost or stranded somewhere with no way back home. Most of my nightmares have a labyrinthine quality to them, and I’m running running running. The only way I think one can handle fears like this is to challenge them as much as possible. Don’t let them take over your life or stop you from experiencing great things. In my case, travel, I go for those long drives and try to get lost so I can let your brain know there is always a way home. I try to experience new cultures and I have a lot of plans to travel abroad someday. Most of our fears are fictions. Living a full life is a good way to remind yourself of that.

Want to know more about Allison?

Allison M. Dickson is a writer of dark contemporary fiction covering the realms of horror, suspense, science-fiction, and fantasy. Her long backlist of short stories is now available in two collections, AT THE END OF THINGS and WICKED BREW. Her debut novel, STRINGS, released from Hobbes End Publishing in late 2013 to rave reviews and has topped Amazon’s crime and horror bestseller lists multiple times. Her dystopian sci-fi epic, THE LAST SUPPER, is pending release in the summer of 2014 from Hobbes End. You can also find her most recent short work in an upcoming issue of Apex Magazine and in the ghost anthology WRAPPED IN WHITE from Sekhmet Press. When she’s not writing, she’s co-hosting a weekly podcast, Creative Commoners. After spending a decade in Olympia, Washington, she returned with her husband and kids to her native Midwest and currently resides in Dayton, OH. 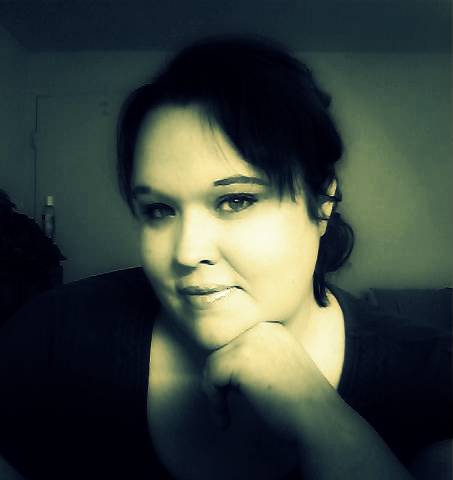 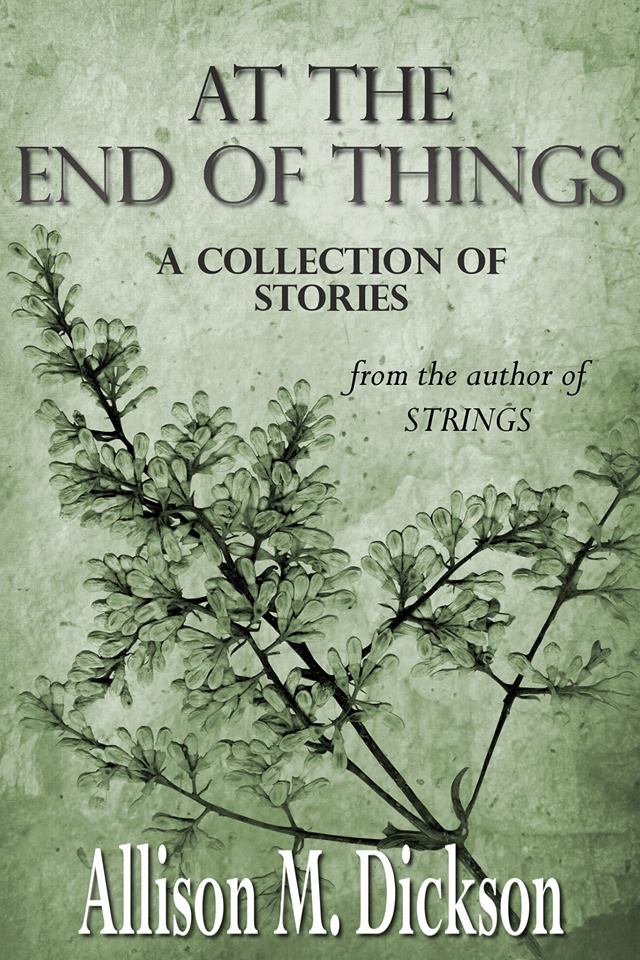 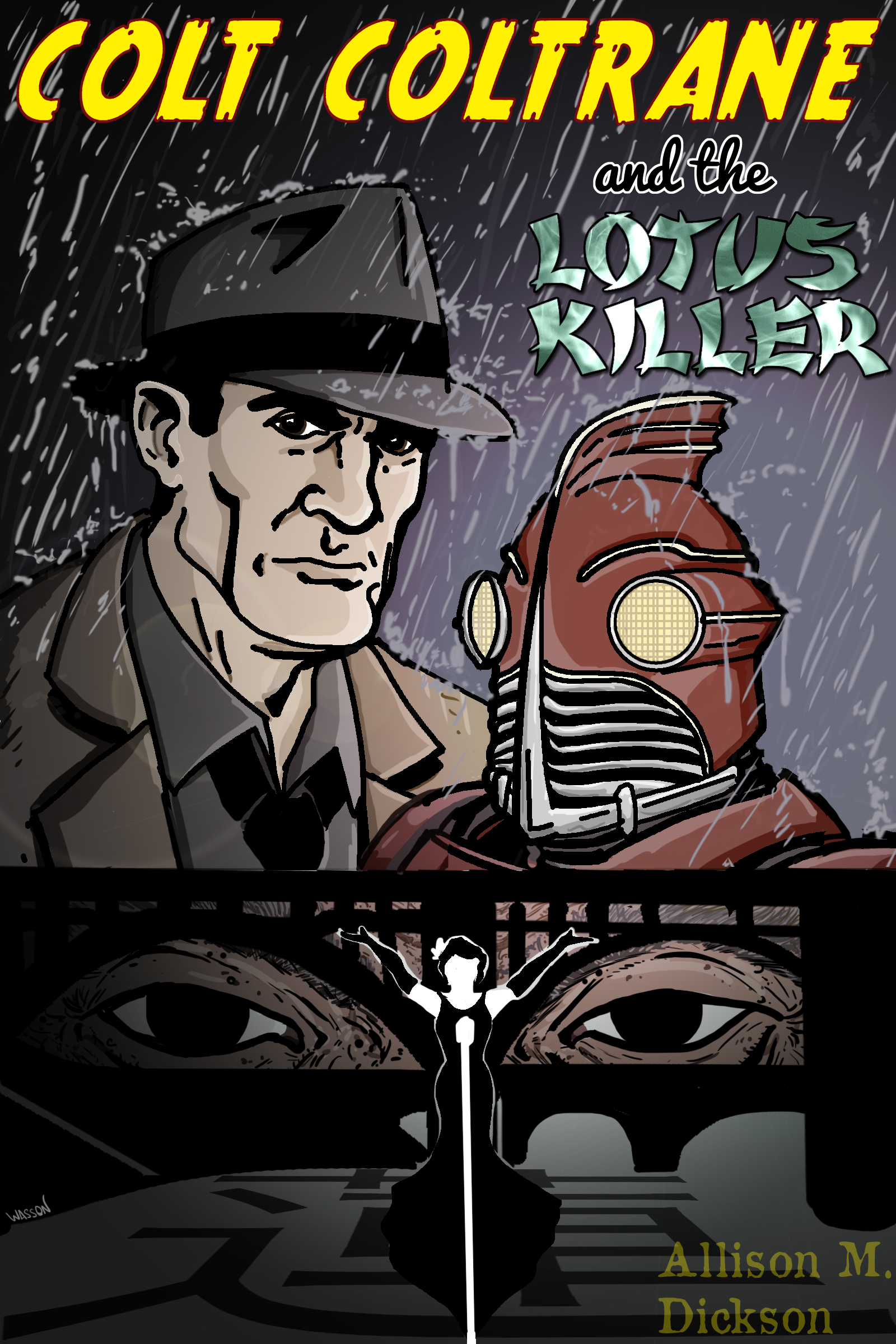 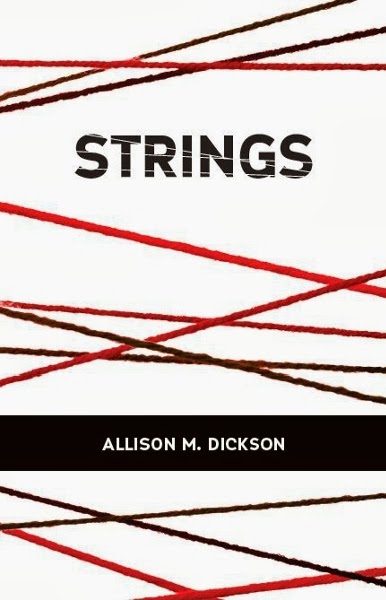 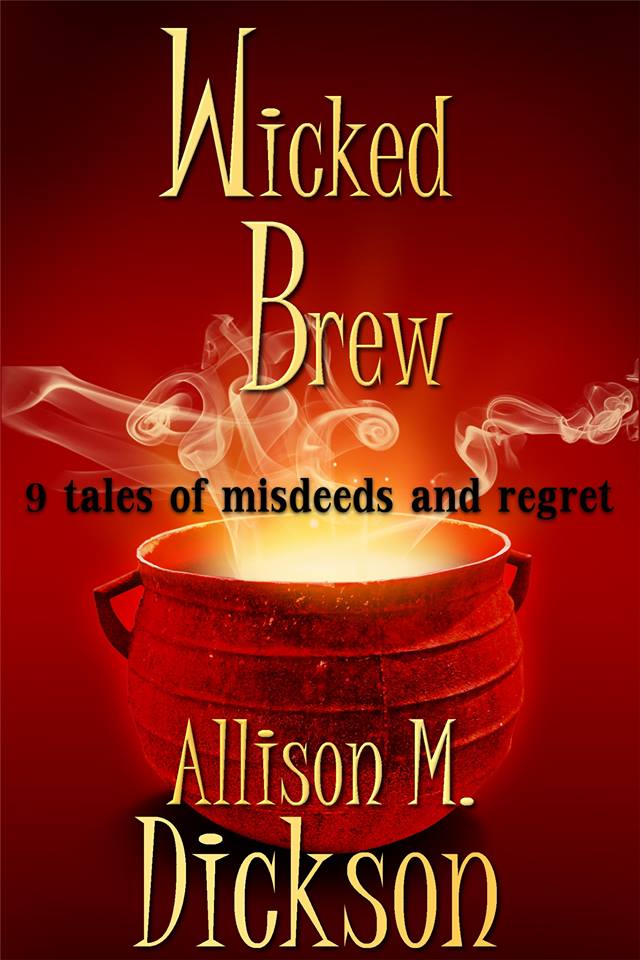 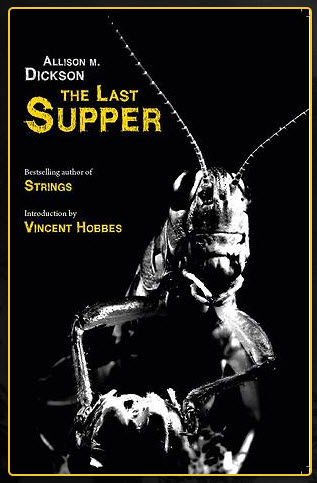