As we make our fifth stop on the Wrapped in White Anthology tour, we had an endearing interview with g Elmer Munson. Scary looking dude with a wicked sense of humor! Elmer shares with us his inspiration for his short story titled  John for Wrapped in White. 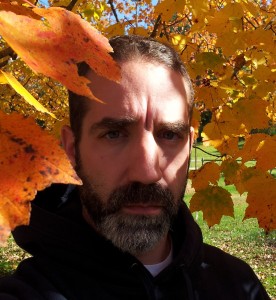 John has changed more significantly since the first draft than any other story I’ve written. In most cases the main idea of the story is there from the beginning, but with John I really just had a snippet of an idea and started writing. When I was finished, I realized that I liked John and Janelle, but hated the story! I let it cook for a while and a story grew around the two characters. Fast forward a number of edits, and you the final version took shape. It changed a lot, but I knew I was there when I gave myself chills writing the end. I happened to be polishing the story when I saw the submission call for Wrapped in White, and…well, you know the rest.

I wasn’t sure who to be more frightened for – John or Janelle! Where did the inspiration come for this evil creep who might be able to save Janelle from the crazy old lady. Was his real intention to kill Janelle?

The inspiration behind John was incredibly vague, but something that I can still picture today. Years ago I lived in Cornwall, England. One day I was driving back from Devon on the A30 and I saw a construction area on the left that I hadn’t noticed before. It looked to be abandoned, with rusty fences and an overgrown dirt path heading into the woods. There was an open gate at the entrance with a sign that read Works Access Only. I held onto that image for a long time, wanting to write about the things that could be down there. That idea eventually became John. I wanted John to be the perfect character to hate, and in the first draft he actually did kill Janelle. I realized pretty quick that was a bad idea, so to keep that from happening, the crazy lady became a much bigger part. Little by little the real story grew around them to become what it is today.

You’ve written quite a few anthologies in your Tales from the Underground series. Is there a certain character who sticks out in your mind? Will that character make it into a novel length series someday?

I’ve had an idea for a novel with Samuel from Lovely Lea (TFTU Volume 2). In the end, he…well, in case you haven’t read it I’ll just share that he doesn’t die. Depending on how you read into it, there might just be a glimmer of hope in his ride into the sunset, and I wonder if that story might find light one day. Of course, it’s essentially an apocalypse story, and that’s hard to do with any originality. Because of that, there are no guarantees.

My schedule is so busy it’s almost ridiculous. Most important is my family, and the rest of my time is spent working, learning new things (there’s always something), and playing the occasional video game. Oh yeah, and I read whenever I can. Sometimes I even sleep.

Music has been such a huge part of my life that it’s always with me. I started writing and playing music when I was in grade school, so there’s always a beat in my head. There’s one downside to that – I can’t really write with music on. Anything with a beat takes me out of the story, and next thing you know I’ve grabbed my guitar or sat behind the drums and I’m jamming away instead of writing. Not good. The one thing I can listen to is classical music. No beat, ya know? Plus, I’ve been a baroque fan since I was in high school, so it’s a win-win. Editing is a different story altogether. When I’m editing, I tend to crank it up. I’m a metalhead at heart, so I lean towards the heavier side of the musical spectrum. I do think the musical style affects my writing mood, as I can feel it in my words. I can almost hear Slayer in the background when I’m writing something particularly violent. It’s kind of fun, really.

Here a couple of silly questions to bring out the human side of your life –
a) If you were a entre’, what would you be and how would people react to you?

Oh boy, I’m going to have to go with a big old porterhouse, somewhere between rare and medium rare. People who dig a bit of blood will love it, but the squeamish might just run for the hills… the hills of…uhh…salad. Don’t get me wrong, I like salad as much as the next guy, but…well…steak.

Do you find inspiration for your stories while washing the car or taking a shower?

I have to admit, I’m far too lazy to wash my car. The rain does that, right? However, the shower is an excellent place to think about my work in progress. I’d say half the time I get out and have to force myself to dry off before running to write my ideas down. Actually, the only “inspiration machine” that works better for me is driving. I spend a lot of time in my car, and since there’s no water noise I can talk to my phone. Sounds crazy, right? But thankfully, voice recognition has come a long way.

What’s on deck for g. Elmer Munson in 2014? Any new releases we can look forward to? Where can we find more?

In April, my story This Is Only Going To Hurt will be in the crime anthology Lucky 13 (Padwolf Publishing). Things after that are up in the air, but I’ve got a number of items in the oven, some with publishers and many more still cooking. That elusive second novel is still being edited, but I have a few novellas (1 out, 1 ready, 1 just about ready) that will hopefully see light either later this year or sometime in 2015. Of course, anything that comes out will end up on my Amazon and Goodreads pages.

That is a really tough question. One of the things that life experiences have done for me is eat away at many of the things that cause fear. That’s probably the reason I write horror with such glee. I guess my deepest and worst fear would involve my children, but since that’s just not fun to discuss, perhaps I can share something from my childhood? I had a recurring dream (I’d say over the span of 5 or so years) where I was hiding in my parents’ house at the tops of the stairs. Something was coming up to get me and at first I had no idea what it was. After a dozen or so dreams I recognized it to be a woolly mammoth. The more dreams I had, the closer it got. The closer it got, the more the walls surrounding me began to fall apart. The thing was wrecking the house and all I could do was hide in a corner. Around the time it reached the top step was the point I realized I was going to get trampled by this thing if I didn’t do something. The next dream, I decided to stand up and face the monster. Turns out, it was an octopus balloon that had been painted to look like a mammoth. Since I’m not scared of balloons (or octopi), I popped it and never had the dream again. True story.

Where can I learn more about g Elmer Munson?

g. Elmer Munson is a New England writer of all things strange and unusual as well as the horrors of everyday life. His first novel ‘Stripped’ is available from Post Mortem Press. His short work can be found in various print anthologies and ezines, as well as the collection “Tales From The Underground”. He has more works in progress than can be counted, so follow his adventures at gElmerMunson.com. 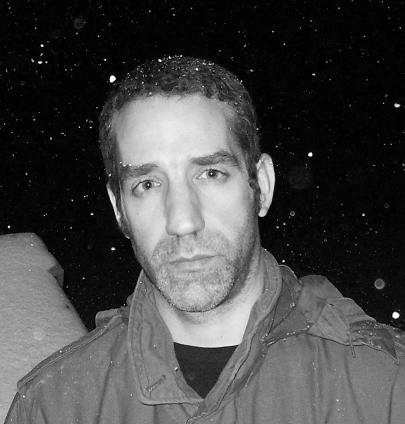 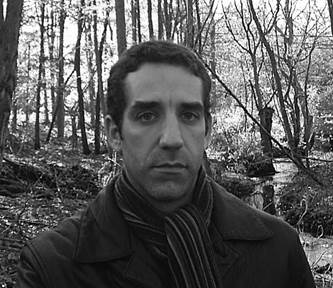 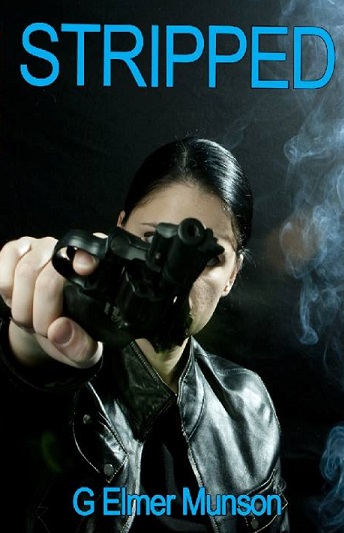 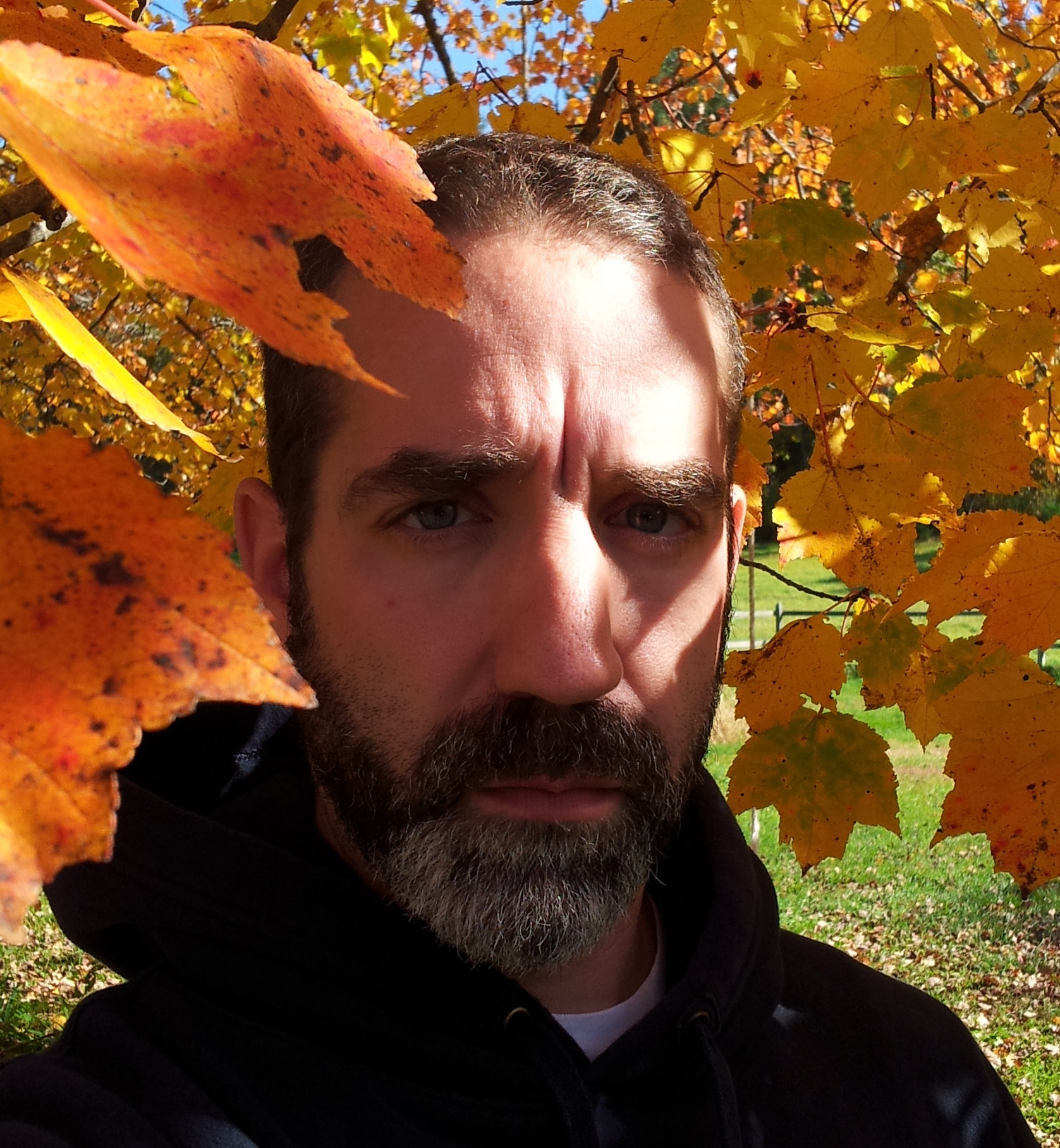 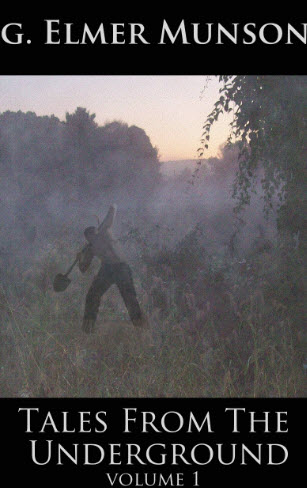 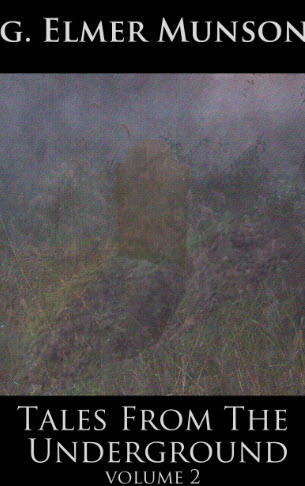 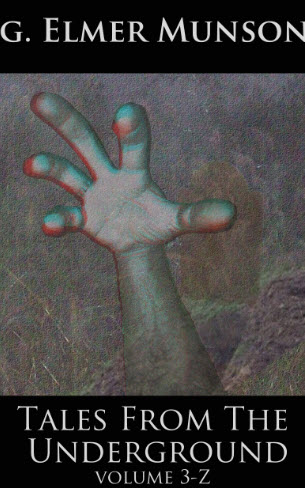