Today on the 9th day of our Wrapped in White anthology tour, we have Michael Williams featuring his ghastly short story titles His Shrine to Santa Muerte. Burning candles made from human fat, a dark creepy library full of dead people, and uniquely odd characters truly made this an interesting story to read. Let’s find out more … 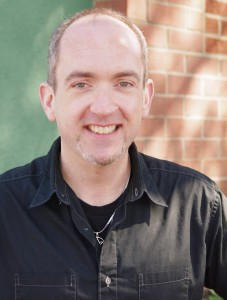 Working with Sekhmet Press is one of the most fulfilling experiences I’ve had as a writer. The support and encouragement and enthusiasm we receive make it such a pleasure to write and to be considered. Jennifer is a very skilled publisher but she is also someone who really deeply values stories and authors. So, on a purely selfish level, I submitted because it’s such a unique joy to work with Jennifer and to be considered alongside the incredible talent of the other writers whose work she accepted. Beyond that, the notion of a book of ghost stories in which there is room for the unconventional was tremendously appealing. I knew this would be an opportunity zero in on why ghost stories are compelling and try to examine that appeal from some new or more original angle and I knew Sekhmet Press would value that over easy tropes.

Burning candles made from human fat, a dark creepy library full of dead people, and uniquely odd characters truly made this an interesting story to read. Where did you find the inspiration for His Shrine to Santa Muerte?

I knew I wanted to use the Book People but I wasn’t sure what would get them into a ghost story. They appear in The Withrow Chronicles, a series of vampire novels I’m writing, and I just love them to death. It was easy to imagine them encountering a ghost in their ritual pursuits but I had trouble answering the question of why, if they encountered something terrible, wouldn’t they simply leave? Figuring out the answer to that made everything fall together. I had also been reading off and on about the phenomenon of Santa Muerte veneration among Catholic populations in Mexico and the United States and had been looking for an excuse to use that in a story. It’s a genuinely fascinating practice with deep, complex motivations driven by the core fears of and dangers to people whose lives are on the fringe in some way. Santa Muerte worship is, like any good ghost story, about fear and risk and our attempts to cope with the discomfort of facing our own mortality by personifying it in an abstract, Other-ized form.

Truth told, I in fact do believe in ghosts and I believe I have encountered one. The events of His Shrine to Santa Muerte are in part inspired by that experience and by the tremendous sorrow I felt it directed at me to communicate something of its state.

Withrow and his cousin Roderick, who are the main characters of The Withrow Chronicles, started out as characters in a tabletop roleplaying game. I get lots of my characters from gaming, actually, because that provides an opportunity to test how they react and let their personalities develop a little before I have to start putting them down on the page. Roleplaying is like cross-training for writers: it uses some of the same mental muscle groups but in very different ways, at a different pace, and as such it helps me stay mentally limber and flexible.

I have more hobbies than I have time to pursue them. Heavens. I’ve been playing roleplaying games with the same people for nearly twenty years: D&D, Vampire: the Masquerade, Pathfinder, Trinity, Call of Cthulhu, you name it. I read books of all kinds but have a strong preference for sci fi over fantasy. I’m a distance runner and cyclist. I’m about 95% vegetarian but I can’t give up sushi or pork barbecue. I published Perishables (Withrow Chronicles #1) while doing a postbaccalaureate program in information security. I’m a member of the community watch patrol for the public trail system where I run and cycle. I’m a non-partisan elections judge for my county. I can play the trumpet, French horn and clarinet. I was, once upon a time, the choir director for a little country church. I describe myself as a technopagan. I’m an avid baker.

I have no specific playlist I use universally. There is a definite power in choosing the right music for the story. When writing “His Shrine to Santa Muerte” I had to listen to near-wordless electronica and lots of melodic soundtracks with more ambience than lyrics: Angelo Badalamenti and his soundtrack for Twin Peaks, for instance, and the album 81:03 by Antarctica were both in heavy rotation. So was Philip Glass’ 1000 Airplanes on the Roof. I needed music that sounded like something disembodied calling out to me across some vast distance and with great urgency.

Who is your all-time favorite book character? Has that character influenced your writing?

Philip Marlowe, from Raymond Chandler’s novels. Hands down. Marlowe’s language and the way he refuses to let people take themselves seriously are major influences on me. I wish I could say I write like Chandler, but c’mon, nobody writes like Chandler. Many authors might imitate him but no one can make that same mix of clever and smart wash across the page like he did. I have definitely been influenced to try to create characters who refuse to be brought down by the horrors around them, though. That’s what really makes me love Marlowe: he is in fact not so calm and collected no one can ruffle his feathers (that’s more true of Hammett’s or MacDonald’s detectives than it is of Chandler’s). Rather, Marlowe gets ruffled but he recovers and, time and again, finds the truth by knowing the difference between someone hiding from what they’ve done and someone who can’t stop wallowing in what is ultimately unimportant. Marlowe cuts through others’ bullshit. That’s a talent I wish I had in greater supply and I try to imbue my characters with it so they can stay active, engaged and interesting instead of turning into whiners and prima donnas.

Here a couple of silly questions to bring out the human side of your life –
a) If you could be an alcoholic drink, what would you be and how would drink you?

I’d be a Manhattan. That happens to be my favorite cocktail, so I guess I would drink it. Heh. I pick that one in particular, though, because it is an acquired taste, complex and capable of seeming classy while it gets a very messy job done.

Have you ever put something metal in a microwave to see what it would do?

No, but that’s because it’s always been someone else’s microwave. I definitely respect the hacker mentality. I recall an occasion a number of years ago when I was on the security team for a major telecommunications corporation. As part of some disaster recovery testing, a mobile generator had been parked out by the back door of our building. It had a huge red button that said DO NOT PRESS. Every time I walked by it I saw one or another of my coworkers standing there staring at it, hunger in their eyes. I might have been caught doing the same thing a time or two. So, no, I’ve never put tin foil in the microwave to see what would happen but I will say this: Sparks? Pretty.

What’s on deck for Michael in 2014? Any new releases we can look forward to? Where can we find more?

I just published Deal with the Devil, the third book in The Withrow Chronicles. I’m currently writing the first draft of Attempted Immortality, the fourth book, which should be out later this year. In the meantime, I’ve been placing short stories in anthologies such as WRAPPED IN WHITE and have a sci fi story in an upcoming shared-world anthology from HDWP Books titled Theme-Thology: Reality Breaks.

With the Withrow Chronicles, I’ve tried tackling a different genre in each book:

Perishables is a zombie story; Tooth & Nail is a more traditional vampire novel; Deal with the Devil is a superhero novel; Attempted Immortality is a spy thriller; and Nobody Gets Out Alive is a war novel. While they all, taken together, tell the story of a particular set of experiences in Withrow’s life, they also each have a unique flavor and each gives me the opportunity to play with a different set of tropes and narrative tinker toys.

In meatspace news, I’ll be appearing at a couple of conventions this spring: OutlantaCon (Atlanta, GA) and ConCarolinas (Charlotte, NC) in May and possibly others if things work out.

Way over on the back burner are a semi-sci-fi Pathfinder setting a friend and I are gradually developing together and a new series of post-post-apocalyptic books I’m writing based on a world created with my gaming group across two sessions of the fantastic world-building game Microscope. The first book will probably be titled Autumn Turns and it will be about a private eye and his android client in a flying city so far in the future they think of us as pre-history.

My greatest fear is of having no options available to me: nowhere to go, nowhere to hide and no way to fight back. When the last survivors realize the zombies are breaking through the boarded up windows, for instance, or when Ripley realizes she is trapped in deep space with an alien who is hunting her? Gods. Gods. The notion that there are horrors we cannot beat and cannot escape just scares the hell out of me.

I haven’t got the first clue how I would cope with that fear or prepare for it. I always assume I’ve got some other options available to me. The realization I’m in a situation for which there is no “fix” – say, the death of a loved one – has always felt like a great weight settling in the middle of my chest. I can’t breathe. Why bother breathing? It’s all over at that point. Hopelessness in the face of certain defeat is what scares me because it’s what I know has a very good chance to win.

Wrapped in Red (“Daddy Used to Drink Too Much”): www.amazon.com/dp/B00G8KCRLG

Michael G. Williams is a native of the mountains of western North Carolina. He is a brother in St. Anthony Hall and Mu Beta Psi and believes strongly in the power of found families. Michael lives in Durham with his partner, two cats and more and better friends than he probably deserves.

Michael earned a BA in Performance Studies at UNC Chapel Hill and works as an engineer. He has been a successful participant in National Novel Writing Month for many years and encourages anyone interested in writing to jump headlong into the deep end of insanity for thirty days. More information can be found at www.nanowrimo.org.

Details about Michael’s open-source publishing and marketing efforts can be found at www.theperishablesproject.com.

Thank you so much! This interview was a real pleasure! 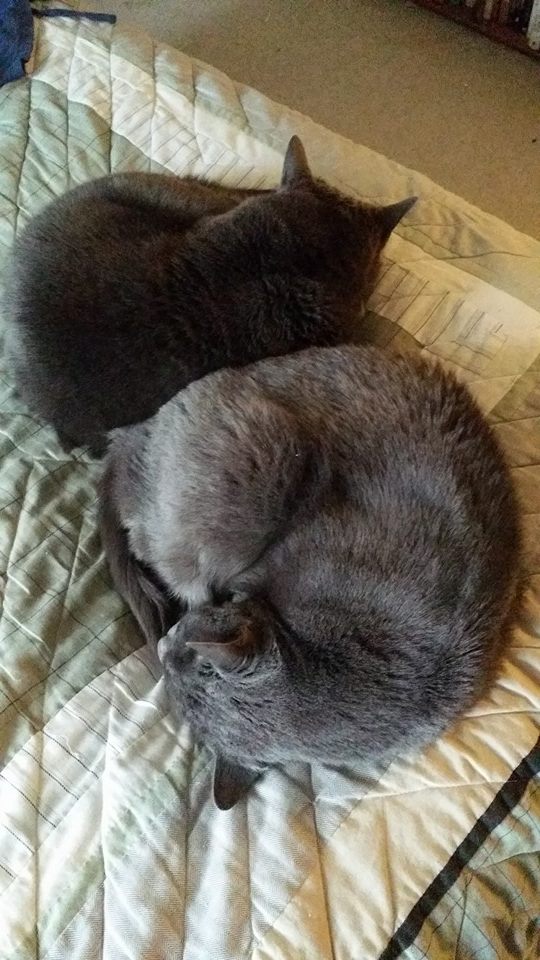 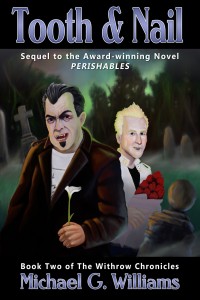 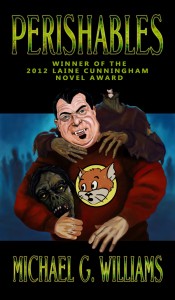 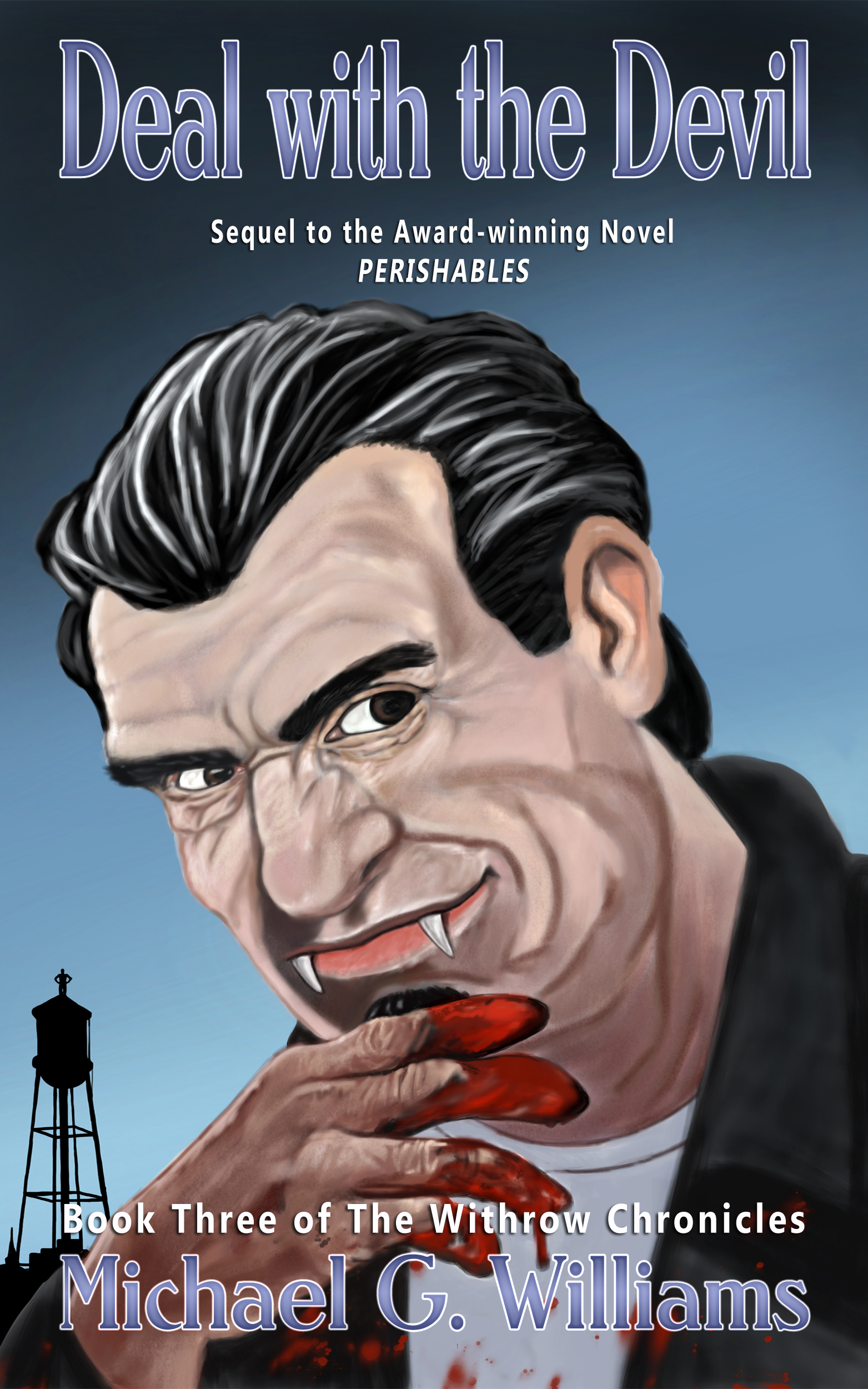 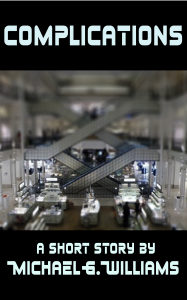