Today on the Killion Slade blog we have the delicious Solomon Archer!  I’m a big fan of this crazy coot simply because Solomon has a way of warping inorganic things and making them come to life with a macabre sense of style. Oh … yeah … and he’s not afraid to use fuse tape to melt away jiggly bits, either! OMG  o.O

Recently awarded the Master of the Macabre 2014 from Horroraddicts, my interview takes us into the dream cast of his latest short story titled, Into the Light, featured in the latest anthology by Sekhmet Press – Wrapped in Black.

To give you an example of how Solomon weaves his words, let me share a sample of how well he twists and writhes. My favorite line of this story was, “A dim flickering chandelier swayed drunkenly from a stripped wire that gripped it like an exposed nerve stubbornly refusing to relinquish a rotting tooth.”

Considering what happens to my main character in this story, I don’t think he’ll be in any shape to do much of anything in an epilogue, let alone a full-length novel. But his underlying strengths and character pathology will almost certainly live on in other stories. I’m currently working on a story about delinquent youth being abducted from the juvenile justice system in the States and trafficked as sex slaves in foreign countries. I can definitely see Into The Light’s protagonist transforming from a young arsonist into an avenging angel and bringing down a international syndicate of organized child torture.

What should Sekhmet Press produce next? Maybe a Wrapped in Purple for Royal Pain in the Asshats! What say you – what content topic would also spark your pen?

If you’d asked me this ten years ago, I would have put in a plug for zombies but it seems like that’s been done to death (get it?) already. Besides, the title would probably get a little unwieldy: “Wrapped In Festering Pus-Filled Wounds And Gangrenous Limbs Barely Clinging To Decaying Torsos.” No, I think I’d go for something a little more simple and upbeat: “Wrapped In Bacon: 13 Tales Of America’s Favorite Breakfast Staple.”

I absolutely must have music, preferably instrumental. Honestly, I don’t know how I would ever survive without Pandora and Bose noise cancellation headphones.

I can think of no more relaxing pastime than curling up on the couch under a blanket with cats on either leg, a five-pound Duraflame crackling in the fireplace, and watching horror movies on Netflix.

I’ve often wanted to drop off the map completely, though I wonder how long I’d last. I think I’d be fine without phones or television. I don’t really crave human contact, so that wouldn’t be a problem for at least a couple of months. I certainly wouldn’t miss knowing what was going on in the world (or what the news outlets were saying was going on). But I think eventually I’d eventually go nuts if I didn’t have access to a warm bath and Last Week Tonight With John Oliver.

Silly Question:  Essential oil or Poison – which one would you be and why? Would you be beneficial or harmful to people?  What form of self-gratification to you receive?

I’d go with poison. I know it sounds cliché, but hear me out. If I didn’t have words to communicate and (hopefully) entertain and my entire being were concentrated into a liquid, I’d want it to at least be useful and memorable. Perhaps I just haven’t had the right experiences, but essential oils seem to have at least one metaphorical foot firmly lodged in the land of the placebo effect whereas poisons are demonstrably effective in achieving exactly the ends for which they were designed. Get it? “Ends”? It’s a play on words. Aw forget it. I’d like to see an essential oil pull off a pun. Stupid oils. As far as self-gratification is concerned…I dunno. Porn? 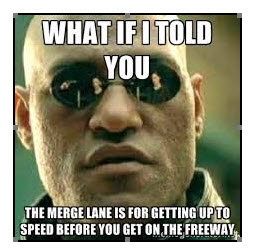 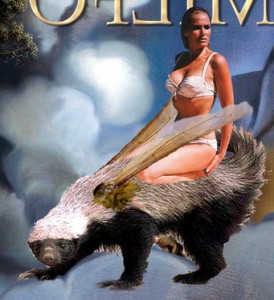 That’s like asking “What’s the best email you’ve ever sent?” I’ve written quite a few so it’s hard to answer. I haven’t ever done a side-by-side comparison of killing scenes, but I suppose like many authors I’d have to say the best scene of any particular category was the last one I wrote.

Funny story: I used to take requests from friends to write brief stories (1-2 pages) about killing teachers and students when I was about eight years old. They were ridiculously gruesome, wildly implausible, and would likely have gotten me expelled if I’d written them in today’s hypersensitive, paranoid elementary school climate.

One that stands out for me all these years later was a torture scene in which my character forced someone to swallow 50 yards of cannon fuse. He fed it to the victim a few inches at a time until it had worked its way through the intestines and poked out his rear. This “loose end” was pulled rather violently until all but about a foot of the fuse was protruding from the victim’s throat. It was then wrapped around his genitals, spiraled down both legs, and anchored to the big toe on the right foot with an industrial staple. My character lit the fuse and watched the controlled burn slowly melt away flesh as it crept toward and ultimately severed the victim’s “jiggly bits.” I called the technique fusing. A little simplistic, I know, but what do you expect? I was ten.

Life in prison would be in my top five but in truth my worst fear is not knowing what I should fear the most because there is absolutely no way to prepare for it.

Where can we learn more about you?

You can check out more of Solomon – here at Sekhmet Press!

Coming Sooon!  Sekhmet Press is proud to bring you PsyKu: A Work of  Forensic Prose. Follow the lives of criminal offenders, as distilled into 17-syllable snapshots of dark humor and morose commentary, by a forensic psychologist with a Disciple Complex and a rampant case of cynicism.