“Abracadabra, bitches.”  My favorite line from the newest anthology from Sekhmet Press – Wrapped in Black!

I had the incredible pleasure of interviewing each of the authors selected to appear in this anthology, and boy howdy … they do make for an interesting bunch!

Let’s start off with Gordon White . A crazed New Yorker who claims to be equal parts urban noir and Southern Gothic; bagels and barbecue. I can definitely relate to this guy!

Hair Shirt Drag!  What a title and what the hell does it mean?

This was my very first thought when I saw this story and it doesn’t disappoint.  When I asked Gordon about a certain part of the story, I learned there was quite a bit of thought built into not only his main character, but his entire supporting cast.

If you haven’t read the story yet – you might want to skip this first section – it is a tad bit spoilery ~ is that even a word?

So tell me, Gordon –  why did the family need to publicly chastise Jessie and lock him in chains? How did this act bring on the – “this is how you become accepted into the community?” 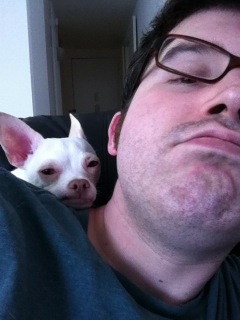 The idea behind the whole binding and public humiliation thing is that its the town’s way of establishing a pecking order and that Mama is an apologist who goes along with it.

The Overhold family has certain magical powers which, if used for “good,” can be very beneficial to rest of the town.  The  town appreciates the Overhold family’s gifts when used for things like healing (of greater and lesser degrees), divination, and pumpkin-related fertility rites.  These benefits are why the town hasn’t run the Overholds out or burned them all, etc.

But the town has also seen the destructive side of the witches’ power, so they developed a ritual which serves two purposes:  1) to teach the new generation of witch that if he or she gets out of line, the town can and will deal with her; and 2) to expose the new generation of townspeople to some of the witches’  power, but also to show them that there is nothing to fear, because together they are strong enough to prevail.  Sort of a “scared straight” for witches.  The coup de grace is that the older witch (here, Mama) must be complicit in setting up the younger witch (here, Jesse), to prove her loyalty to the system.

This is obviously extreme, but the older members of the town still remember the Charity incident and Mama herself is an assimilationist – she has a kind of Stockholm Syndrome since she went through the binding herself and also watched the mob kill Charity.  So to Mama, its important that Jesse be broken down so that: 1) he not get out of line (“learn to fit in” – which also stems from other latent prejudices), and 2) so that the town sees they have nothing to fear, so that they let Mama and Jesse continue to live in peace.

I struggled with this, because having a recognizable star in the lead would probably reduce the role to a novelty and be a distraction.  Besides, it’s the kind of role that really begs to be filled by a newcomer from a traditionally underrepresented demographic.

That’s such a cop out, though, so I’ll instead tell you how I’d love to see the end credits.  You know how the ending of the Pet Semetary movie cuts to black and there’s a scream and then it smashes right into the awesomely incongruous Ramones punk anthem of the same name?  I’d do that, but using this awesome Against Me! song:


Have you considered Jesse landing his own novella or novel one day?

As much as I came to love the protagonist over the course of writing this story, I worry that familiarity will breed contempt.  There was an early ending that might as well have read “Buckaroo Banzai Will Return in Buckaroo Banzai Against the World Crime League!” but it really sapped the momentum and resonance.

That said, if ever a character of mine deserved the full treatment, this would be the one.  Anything further would have to be a complete shift, though – bigger, weirder, wilder.  Spitball pitch:  In the aftermath, the town becomes a focal point of the supernatural, with our lead becoming the new mayor/sheriff, confronting small town politics, a blossoming romance, and over-the-top carnage as new troubles come to town and old rivalries reemerge.  Or, you know, probably something completely different.

What should Sekhmet Press produce next? Maybe a Wrapped in Rust – for apocalyptic stories  or Wrapped in Blue for aquatic adventures.  What say you – what content topic would also spark your pen?

Wrapped in the Clear – Tales from the Void.   Think of the possibilities:  invisibility; unknowable colors or creatures; pre-life or after-death; nothingness – both terrifying and capital-W Weirdly beautiful.  Or, you know, writer’s block.

What is the “must have” or “must do” before you sit down to write?  [Me – I have to brush my teeth.  It’s as if my characters can’t talk to me without a clean mouth [no matter how dirty their deeds].

I have to purge literally every distraction, which is why I write so infrequently.  The only ways to accomplish this nigh-mythical state are to write: (i) late at night when everyone else is asleep; (ii) immediately when I wake up, before my mind is fully functioning; or (iii) in a crowded public place, like a bar.  I get annoyed by big groups, so being surrounded inspires me to withdraw into my own thoughts, which is perfect for writing.

Luckily, I’m not so finicky with editing.  The only things I need then are a paper print-out and a red pen (MUST BE RED).  And maybe a bar;

A hoppy beer, a dry red wine, a little black metal played at just above whisper volume.  Maybe an ASMR video or two.

Having finally gotten to a point my day job where I am very much enmeshed in the grid, I would cut those cords in heartbeat.  I dream of a cabin in the woods, with a little stream out back.  Just me, the wife, the dog and some sort of teleportation device with the serial numbers filed off so that I can still go to the bar and/or order take out, but nobody can do a “drop by.”

Tea tree essential oil, which is good for flaky scalps.  I can’t take the weight off your shoulders, but maybe I can dust you off a bit.  Plus, I have a unique odor. 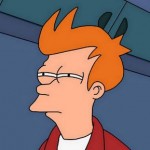 I love Futurama and it has leant itself to some pretty great memes, but my absolute favorite might be Fry’s suspicious face.  The accompanying text varies and is of various quality, but man, that’s the exact same face I make to express confusion/suspicion/uncertainty. 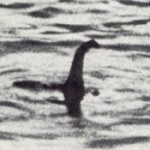 Ever since a childhood trip to the U.K., I have had a fondness for the Loch Ness Monster.  There’s something primal and scary about sea monsters, but lake monsters have their own special strangeness.  The world owns the beasts of the great seas – the Kraken, Jaws, the Leviathan, or even R’yleh.  But lake monsters are the lesser, homegrown, little-bit-off-kilter versions that reflect the local predilections and preoccupations.   Sea monsters are Hollywood Hannibal Lecter, but lake monsters are black and white photos of Ed Gein.  Blurry, strange and almost too real to exist.

I have one for my perpetual WIP in which an old man with a hakapik fights a large dog-poisoner on the docks while a swarm of hungry Fiji mermaids roil the water beneath them.  I think that will qualify, although until its finalized there’s always the risk I’ll just completely ruin it.

No, but I don’t draw much from my day job or co-workers because I spend so much time there that when I write, I want to explore stories that are wildly different.

My worst fear is growing frail and dying.  I handle it in the way most people do, by shoving that fear deep, deep down and then feigning surprise when it bubbles up.

Gordon White lives in New York, but was born and raised in the North Carolina.  As a result, his tastes are equal parts urban noir and Southern Gothic; bagels and barbecue.  His fiction has appeared in venues such as Cease, Cows!, Lakeside Circus, and Dark Fuse’s Horror D’oeuvres.

When not writing, Gordon also reads submissions for Kraken Press and contributes reviews to Hellnotes. His own much-neglected website is www.grizzlyspectacles.com.

Where can we learn more about Gordon White?

I have a rarely updated site at www.grizzlyspectacles.com and a brand-new Facebook Author page.

Have any questions for Gordon White?  Let us know below!