Please welcome my friend James Glass to the Killion Slade blog today.  I had the honor of asking James a few questions about what inspired this series and little behind the scenes as to what is next for him.

We are featuring his new release of The Dispossesed –  Book Two of The Metatron Mysteries.  Playing host to the voice of God can be a strain, and as John Smith is discovering, the source of many hangovers. Add to that a missing demon, and it’s one hell of a week. 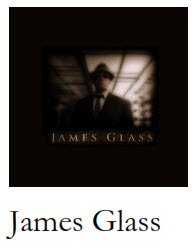 1. Do you recall how your interest in writing originated?

It has always been there, from as far back as I can recall.

2. I love how you write angel & demon mysteries stories – to me that is a serious talent! I never would have thought about detective stories where demons hire a PI to find a missing demon. Do you find you have to write the ending first and work your way backwards in order to solve your cases?

Not at all. I travel with the characters and discover clues along the way. With this second book I did have to have a solid destination in mind, and with the third book there will also be a solid destination, but for the most part the in-between is where the fun resides.

3. You have several books out on Amazon now. Will we see more of John Smith or will you venture out into new stories and new characters?

I suspect John Smith will not go quietly into the etherverse, nor will his demonic friends, so there is a possibility he may be coming back for more.

4. What is your favorite chapter or scene in The Murdered Metatron?

The scene in the diner where the demon Koth accidentally picks a fight with the angel of death.

5. You have been compared to the humor of Christopher Moore. What author inspires you to keep on writing? 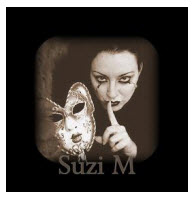 Would it be strange to name Suzi M as an inspiration?

6. From beginning to end, how long did it take for you to write, edit, and publish the first book in this series?

The first book fell into place uncannily fast. It was as if the planets aligned and magic occurred in the span of one year.

7. Tell us all about the launch of your latest book, The Dispossessed. How does it relate to your earlier release of The Metatron Mysteries Series?

The Dispossessed is the second book in the series and picks up where the first one left off. Without spoilers, we find out what happened to John Smith and meet some very interesting characters along the way. 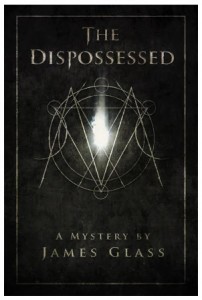 There will be short stories and possibly the third installment of the Metatron Mysteries. This year has started off extremely busy, so it would be hubris for me to say definitively that I will have a third book written when in fact I might not. Know that I am working on a third book for the series, however.

Bonus Questions: Since I am a horror writer, I have to ask this question – what are you most afraid of, your deepest fear? How do you manage that fear?

Aside from the typical answer of ‘clowns and spiders and spiderclownaliens’, I would have to say: politicians. This may make me unpopular, but I feel it must be said. When the expensively but barely educated can be put in power by corporate giants and make sweeping decisions about the welfare of a population, and that population becomes powerless to stop them, that to me is real horror and something I am personally terrified of. I deal with it by being an absolute nuisance to my local representatives, and by sharing information as much as possible in hopes we may yet avoid the hazards ahead of us.

To check out more James Glass – be sure to visit him over at Sekhmet Press or you can visit the link here – http://sekhmetpress.wordpress.com/the-books/metatron-mysteries/

Lurking in a Pennsylvania town near historicGettysburg, Suzi M is weaving webs of horror: including gothic, noir, ghosts, demons, angels, occult, and the occasional historic and/or post-apocalyptic thriller. Her storytelling has been compared to that of Tanith Lee and HP Lovecraft. Writing under multiple pseudonyms, Suzi’s writing reflects and explores the thrill and the secrecy; the untold mysteries waiting in the shadows. In addition to a few other humans, including the tiny Hypnospawn, Suzi shares her home with a 30lb black house panther named Mr. Pants. When she’s not busy with her own work or getting pictures and autographs with people who recognize her on the street, Suzi helps support the efforts of independent artists, writers, musicians, and film-makers. She is also a self-described “fiberfreak,” finding time to spin, knit, crochet or weave when the muse allows. She will most likely achieve fame and fortune with her hand-crafted socks.