Today we interviewed the truly psychotic and creepy Solomon Archer. A pseudonym to protect his identity from the years of being a clinical psychologist, Solomon gives voice to those who have shared their stories in a truly skin crawling account.  Today he shares with us his inspiration on his short story titled Inseperable, featured in Sekhmet Press Wrapped in White anthology. Let’s read on …

Insperable was a psychological horror thriller from the get go! Where did the inspiration come for this story? 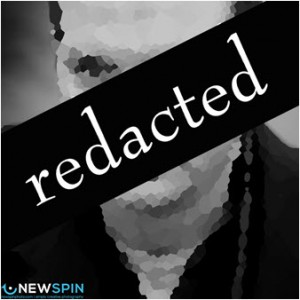 It was inspired by some of the truly horrible, inexplicable events I had encountered when interviewing folks in my line of work. The main character was an amalgam of patients who all had similar experiences that made me question where exactly we are supposed to draw the line between life and death. The absolute conviction with which they described what they had seen, heard, and felt – with details so painful and harrowing – made it increasingly difficult to dismiss or ignore what they claimed to have experienced. I felt the need to write about it for really no other reason than to try to communicate their very real plight to anyone who has not been through what they have.

What are three of your favorite books/series? Do you feel they influenced your writing?

There are two books that have stuck with me ever since my memory was developed enough to appreciate reading. “A Wrinkle In Time” by Madeleine L’Engle is my all-time favorite, followed closely by Roger Zelazny’s “Roadmarks.” These two books sparked a longing for other worlds in me that has followed me my entire life. The authors’ ability to so convincingly paint alternate selves, histories, and futures offered not only an escape, but also hope and inspiration. The words in those books planted something in my imagination that grew over the years.

How do you spend your time when you aren’t writing? Tell us something most people don’t know about Solomon.

Given that Solomon Archer is a pseudonym, I imagine there is a great deal that people don’t know about him, including myself! But I can tell you a couple of things about the author behind the name. I used to be a distance walker. I didn’t have a car until I was 24 so I used to walk everywhere. The longest I walked at one time was over 60 miles – I actually had my brother and my best friend drop me off 62 miles from my home so I wouldn’t have any choice but to walk back. I turned 20 on that walk! I still love to walk and hike whenever my plantar fasciitis isn’t reminding me of how I have not escaped the aging process simply by adopting a pen name. I also love to cook and although I seem to scare the hell out of most of the women I meet, I have faith that when I can find one that doesn’t immediately run for the door (or has particularly trouble freeing herself from the duct tape) she will really enjoy my three-cheese stuffed manicotti or lemon-pepper and basil-pesto chicken tacos. My middle name is Solomon and I was a competitive archer in college for a time.

Music is so critical in helping me to cut out the distractions of the outside world and focus my thoughts in more productive directions. I am partial to instrumental music because the absence of lyrics allows my imagination to swim a little deeper without having to remember to breathe, if that makes any sense. Vangelis, Boards of Canada, Hammock, and Sigur Ros are at the top of my list of must-have artists in the wake of an apocalypse.

Here a couple of silly questions to bring out the human side of your life –
a) If you were a dessert, what would you be and how would people eat you?

I would be a 45-gallon Dairy Queen Blizzard made up of Snickers, Butterfingers, Gummi Bears, Ring Pops, and snack-size packets of Skittles stuffed inside a piñata depicting a family of honey badgers eating a Kraken.

Do you find inspiration for your stories while washing dishes, driving, or taking a shower?

Inspiration can come from anywhere, really, which is why it’s so important to give your inner observer free reign during your waking life. For instance, walking through a grocery store and seeing a five-year-old boy talking to another child might inspire the idea for a story about human trafficking that uses children to lure potential victims. Or perhaps driving to the bank and passing a man begging for change on the street sparks the idea for a story about the government exploiting the potential of an untapped reservoir of expendable soldiers culled from the ranks of the homeless by offering them a place to live, debt forgiveness, a generous stipend, and a new shot at life for signing away what’s left of their lives to fight in covert wars that go completely unnoticed by the country. But most of my ideas come from my dreams. I have been very fortunate to have a job that involves a fair amount of discussion and interpretation of dreams, which I believe has primed the pump for me to live more fully in my sleep. For better or worse, our most powerful emotions fuel our dreams and we ignore what they are trying to tell us at our peril. For me, dreams and writing are inextricably intertwined in that both require us to let go of the rational and expected for a while and allow our inner guides step out of the shadows and show us the way. I think all good writers are able to tap into those parts of ourselves that we may be too enmeshed with( or in denial of) to see clearly.

What’s on deck for Solomon in 2014? Any new releases we can look forward to?

Sekhmet Press picked up my book “PsyKu” and will be releasing it in fall of 2014. PsyKu is a collection of forensic haikus that focus on crime and mental illness. And whereas traditional haiku typically centers on seasonal themes and uses imagery that is characteristic of a particular time of year, the themes in PsyKu relate to different phases of the criminal career:
Summer: Crime
Fall: Arrest and Prosecution
Winter: Incarceration
Spring: Release

Because of its heavy focus on abnormality and psychopathology, PsyKu has an additional theme that is inextricably intertwined with all of these phases:

There are short stories with each of the seasons as well as artwork from the darkly talented Andrew Wood. Some of his artwork is featured on the PsyKu website and if you want to get a look at some terrific illustrations depicting the themes of criminal behavior and mental illness, you should definitely check him out.

I have a bit of OCD still left in me from my youth and one of the frightening remnants of that condition is my lingering belief that giving voice to my fears will make them come true. Most of them focused on the torture of my family and loved ones and the sense of dread that would overtake me when those thoughts popped into my head was often so overwhelming that my rituals would sometimes last for hours before either the fears backed off or until I was just too exhausted to do them anymore. Maybe that’s a long-winded way of saying I’m not going to tell you what my deepest and worst fear is. Or maybe in a more succinct way, I just did.