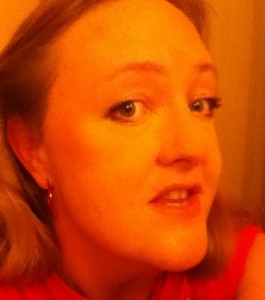 Today we welcome a hilarious lady who seems to always have her back up against a wall, but has the drive and determination to knock it out of the way. Please welcome Maggie Fiske who is our eleventh entrant for the 2013 Wicked Women Writers Challenge this year.  Maggie is a secretary, caregiver, musician, and creature of the night. She lives in Omaha with lunatic cats and a filching ghost.

You can read along with Maggie’s story, A Quarrel for Jimmy Kills Crow, while listening to the podcast at Horror Addict.net.  Maggie’s apocalyptic challenge was solar flares while hunting in the mountains.  Her helpful item was a crossbow.  Her untimely disability was that she had to be hungover.

Trolling for trouble on the net. I Googled writing contests and up popped the 2013 Challenge.

The very title sounds fun. Wicked’s the ticket. Who doesn’t want to cast off her boring 9-to-5 persona for a chance to wail with the banshees?

I’m toast! How can I possibly weave these items into a cohesive plot? (However, crafting a plausible story from an improbable set of items without sounding like a total dork is what makes The Challenge challenging).

You used sound effects and music in your production extremely well. What was your favorite part? Hunting down the sounds to complement your words? Engaging sounds to escalate emotion? Have you recorded podcasts before? If so, where can we hear more from you?

My favorite part was definitely making field recordings. The crossbow sound byte was recorded in my driveway, firing into kitty’s plywood scratching board as a backstop. The Slain Angel Zombies were recorded in the Ladies Room at Nifty Bar. Zombie #1 (the first one to answer Claudine’s hangover groan) was voiced by my charge, Brandon B. (At night I’m a caregiver to Brandon, who’s mentally challenged and has cerebral palsey.) He heard me working on sfx and wanted to help. I thought he did an awesome job!
This is my first modern podcast. I have an ancient podcast I recorded in college (they called them “radio plays” back in the day) titled “Grimm’s Rejected Fairytales” which is moldering somewhere in my basement on reel-to-reel tape.

What was the hardest part about your challenge? What did you like best? Did you learn something new about yourself while doing this challenge?

The hardest part was paring down the prose. The timed reading of my original draft was over 19 minutes long! Halving it without sacrificing the essence of the story was super-tough. Best part? Seeing that my ideas could take someone beyond their physical realm. I played the podcast for Brandon and watched as he listened to himself on the internet. He listened with wide-eyed wonder, and when the zombies growled, he laughed a true, joyous laugh that shook his whole wheelchair. It was magic.
I also learned that I’m not the techno-dolt I imagined I was. When I saw the Audacity program my heart sunk.

The last sound I edited required a razor blade and a steady hand. This was a crash course in modern technology! I called my tech-savvy friend, Dave Joyce, in tears, and he promised to read through it and help me. Flash-forward to the podcast listening party, where Dave was proudly telling a friend, “You know, Maggie figured out how to record this program all by herself.” It hadn’t even dawned on me till then that I never called him back for help. That felt great!

Tell us more about YOU, your past stories, books, other artwork or music, your current project, and what’s on deck in 2014?

I had two stories in the “Bad Austen: The Worst Stories Jane Never Wrote” anthology. I won a Dishonorable Mention in Bulwer Lytton fiction contest… My novella, “The Last Man to Die in the Nebraska Electric Chair” appeared in the “Laurel Review.”

In 2014 I plan to continue working on “Breeders,” a post-apocalyptic science fiction TV series. I’m also writing a series of Steampunk novels and a film script for a psychological thriller about hypnotism called, “Under.” And now that I’ve learned to use Audacity, I’m anxious to try recording some original music as a one-woman band.

Yes. My theme would be “Beauty & the Beast”. Each lady would be assigned one of the 12 beasts of the Chinese Zodiac (rat, ox, tiger, rabbit/cat, dragon, snake, horse, sheep, monkey, rooster, dog or pig) which must be woven into the fabric of her tale. As in previous contests, the Norns would supply a setting, a handicap & a helpful item. 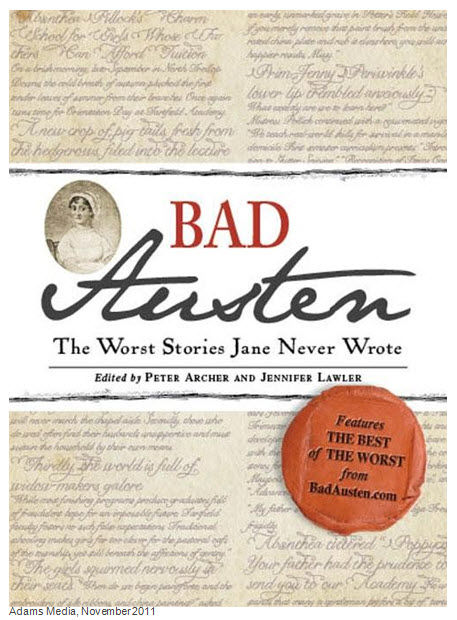 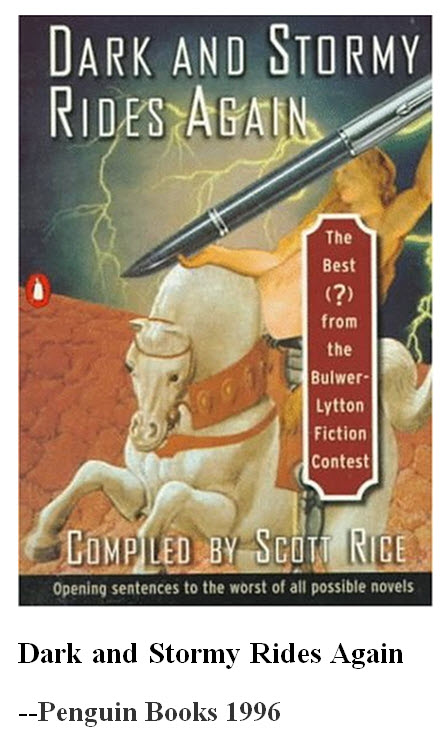 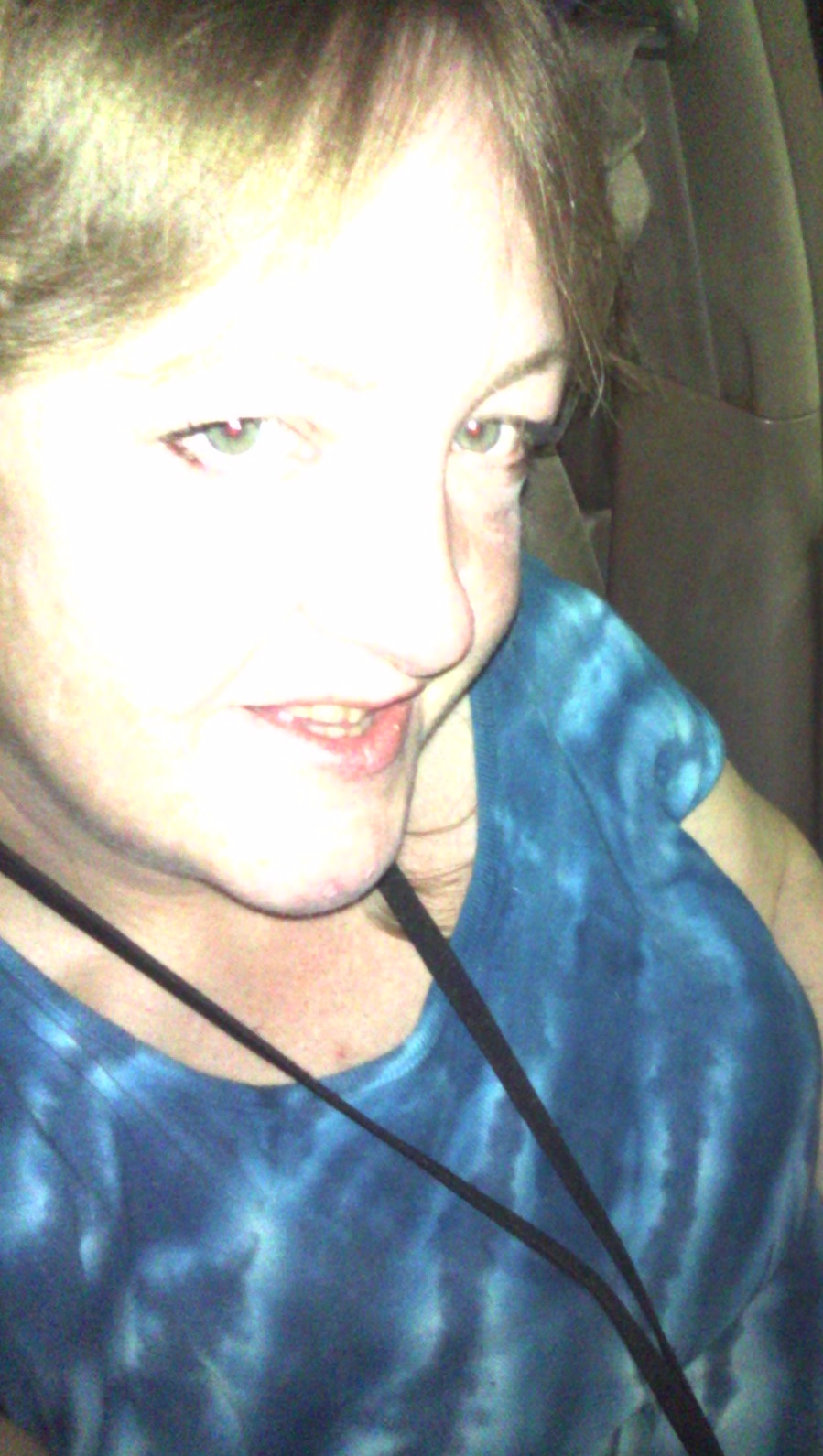 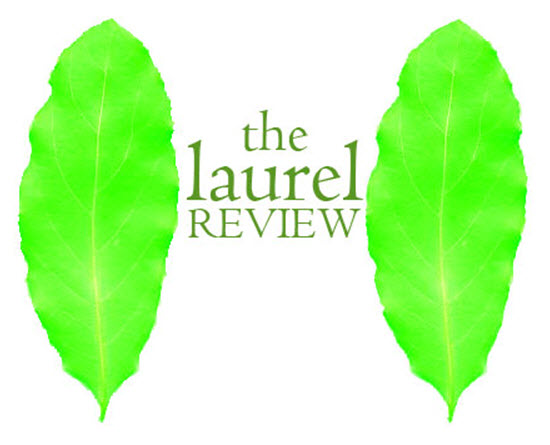