Today we kicked up our heels to interview Nick Kimbro who not only can write a horror short story to scare the pants off you, but he can literally knock you right out your socks with his competitive kickboxing!

Please welcome Nick Kimbro to the Killion Slade blog today as we interview him on his latest short story titled, Haxenhaus, which is featured in the new Wrapped in Black anthology from Sekhmet Press. This story keeps you guessing until the very last paragraph and has an unexpected ending.  Spanning gothic religious themes and witch hunts, this story doesn’t let you down! 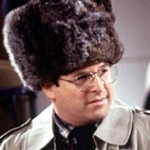 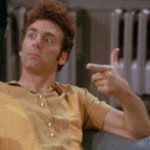 Well, I always thought the cast from Seinfeld might be amusing since, as a friend pointed out, I’ve already got a George and Kramer.

It’s interesting I didn’t see this story as a comedy, but what’s more interesting is seeing these two clowns serious.

Have you considered your main character, Kramer, landing his own novella or novel one day?

Oh, I doubt it. I’d say Kramer’s met his match here. But I suppose it’s not totally unfeasible that he comes back as a witch hunter or rogue inquisitor or something. Thing is, because of his deeply ingrained sadism, audiences, I think, are always going to root against him regardless of the personal tragedy he’s endured. Ultimately, he sort of gets what he deserves, which completes the cycle, narrative-wise, I think. 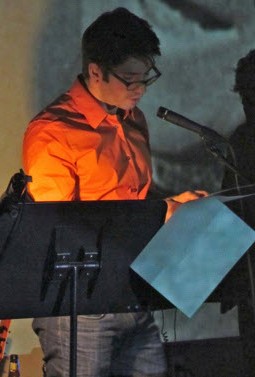 Funnily enough, the story actually evolved as a way of blowing off steam from another witch novel I was working on. It began as just a list of these awful torture devices and methods, not all of which were actually used on witches, but the brutality of which struck me in an extremely visceral way. I also came across that anecdote about the Duke of Brandenburg and the black dog during my research, and that’s when the stars aligned, so to speak. I always feel that way when I’m writing a novel. Especially when it involves any special amount of research. There’s just so much great material; it can’t possibly fit into one story.

What should Sekhmet Press produce next? Maybe a Wrapped in Blue for aquatic adventures.  What say you – what content topic would also spark your pen?

Wrapped in Colors from Beyond the Visible Spectrum: Tales from the Lovecraftian Cosmos, maybe? Although Wrapped in Blue sounds pretty good too.

Nothing special. I have to do it in the morning, although not before breakfast. I don’t like talking too much before I write. I usually wait to have my first sip of coffee until I’ve got the story pulled up and am reading over what I’ve already written, etc. Although from time to time I try to make a point of writing completely out of habit.

For instance, I’m not a huge fan of writing in coffee shops or other public places—don’t like people moving around behind me, theoretically peering over my shoulder—but I make a point of doing it every so often. Or writing at night, even though I have a more difficult time focusing then. Like exercise, you’ve got to shock your system every now and then. Your habits as a person are directly related to your habits as a writer, and if you’re not working against both, I think, you’re missing something.

Movies, reading. Cooking with my wife. I’m also a competitive kickboxer, which isn’t relaxing in itself, per se, although it makes relaxing elsewhere much much easier.

Nope. I could vacation off the grid, certainly, but moving to the city (Denver) this past year helped me realize how much I had missed being around people. It’s relaxing for me, somehow—living in such close quarters. A form of security. And the variety of people as well is good inspiration. But it does make those vacations all the more necessary. Good thing I’ve got mountains close by.

Um, both? Maybe one of those oils that might kill you, but if you survive will heal whatever it is that ails you. The only reason to risk it though is if you’re extremely ill and will probably die anyway. Or extremely indifferent. That’s the positive spin, anyway. I could also be the poison that leaves you feeling great for a few days before all the sudden causing you to drop dead. I think I need to live a little longer before I can answer this accurately. 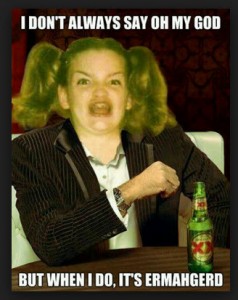 What is your favorite meme? Ermahgerd. 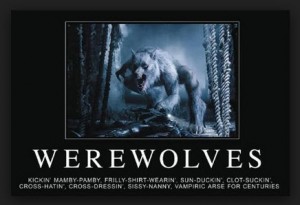 Hm, do werewolves count? If so, werewolves. If not, gorgons.

I wrote some pretty nasty stuff when I was a kid, but I don’t remember much of it. Now most of the killings happen off the page or between the lines. I’ve got a story called “A Mind is a Terrible Thing to Taste,” however, with a scene that was pretty good. A guy pretending to be a zombie takes the opportunity to murder a rival painter in front of a group of for-real zombies. It’s pretty gruesome. The story was published originally as an e-book by E-Volve Books, and was reprinted in Zombies for a Cure from Elektrik Milk Bath Press.

No, although the “rival painter” in the above story let’s just say was based on someone I really did not care for ; )  *Note: To any CU people who might be reading, it’s not you!

Well, Death, you know, but that’s not very interesting or unique. I’m pretty touchy about demons and possession too. I usually handle it by laughing at myself—I don’t REALLY believe in demons. Although when that doesn’t work I comfort myself by going through the checklists and persuading myself that I’m not actually a fitting candidate for possession. Writing about it helps too, somehow aestheticizes the problem. Although mostly I try to avoid talking about it.

Where can we learn more about Nick?

Nick Kimbro received his MFA in creative writing from the University of Colorado at Boulder. His fiction has appeared or is forthcoming in Hello Horror, Surreal Grotesque, Space Squid, Heavy Feather Review, Spring Gun Journal, The Yoke, Danse Macabre, and numerous anthologies. His novella, SURFACE INTERVAL, was published by Jersey Devil Press. He lives in Denver, Colorado with his beautiful wife and writes supernatural horror because she doesn’t do gore.