Obfuscate, the next book in the World of Blood series is set to publish in April 2016! 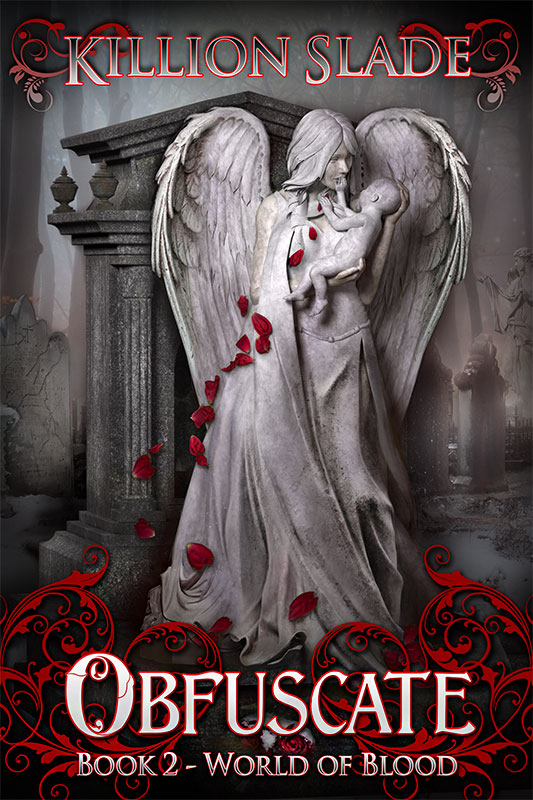 Cheyenne O’Cuinn has three tasks to scratch off her to-do list: rescue her sister from cannibalistic vampires, eliminate the man who threatens her family’s survival, and hunt down the villain who attacked and left her for dead. Not the usual to-do list for a redheaded Irish software programmer with a deadly fear of haunted houses, but all in a day’s work for a vampire.

Or maybe not. With her chosen mate by her side, Cheyenne wonders what vampire couples do for an eternity. How long does the secret sauce last? And what if she doesn’t embrace the vampiric lifestyle her mate craves?

But Cheyenne can’t press Ctrl Z and get a do over. Especially when terrorists launch a bombing campaign and the vampire queen plans to enslave mankind for entertainment. With Cheyenne’s family and friends at risk, this chicken-shit vampire needs to suck it up and use both her vampire and mad programming skills to track down the bad guys.

Or it’s game over!

Obfuscate will be available for pre-order soon!