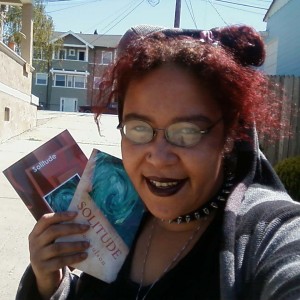 Please welcome today to the blog a very talented author – Sumiko Saulson.    Sumiko Saulson is the author of three sci-fi/horror novels, “Solitude,” “Warmth”, and “The Moon Cried Blood, and short story anthology “Things That Go Bump In My Head.” Born to African-American and Russian-Jewish parents, she is a native Californian, and has spent most of her adult life in the Bay Area.

Sumiko’s story for her entry into the 2013 Wicked Women Writer Challenge is titled, “A Birthday Present.”  You can read along with Sumiko’s story and listen to the podcast at Horror Addicts.net.  Her apocalyptic disaster was a sinkhole, the location – a bowling alley pool hall.  Her helpful item was a cue stick and her untimely disability was she lost her glasses.

Q. How did you first hear about the 2013 Wicked Women Writer Challenge?

A. David Watson told me about it. He’d been working on an article about African American horror writers back in February 2013, around the same time I was working on Women in Horror Month: I also worked on a list of black women in horror, and his February 2012 article on black horror writers was one of the sources for that. He’s the reason I found out about HorrorAddicts.net, and he told me about WWW not long after.

Q. What drew you into the fun of this challenge?

A. I liked the fact that we had prompts given to us by the Norns, that was a lot of fun! I especially liked the kitchy locale I received, a bowling alley. It put me in the mind of one of my favorite horror/comedy flicks from the 1980s, Critters.

Q. The Norns were pretty challenging this year – what did you think as soon as your assignment came through?

A. I thought of a day when my relatives were in town and one of them was having a birthday, so we went to a local bowling alley that served beer for the party. Maybe it was because that was the last time I was actually in a bowling alley. I clearly remembered the red, blue, and yellow bowling shoes I’d rented that day, and a bubblegum pink bowling ball with glitter in it. I also wondered, how did a pool cue end up in the bowling alley?

Q. You used sound effects and music in your production extremely well. What was your favorite part? Hunting down the sounds to complement your words? Engaging sounds to escalate emotion? Have you recorded podcasts before? If so, where can we hear more from you?

A. Thanks! No, I have never recorded a podcast before, but I do have a background in video production, so I used the same techniques I would have used if I was mixing the audio portion of a video, since that’s what I was most familiar with. The funnest part was changing the pitch and tempo of some of the lines by characters other than the central protagonist to make them sound like they were different people: I really cracked up when listening to my voice in a lower pitch or at a slower tempo. I don’t have a podcast, but my Youtube channel is here:

Q. What was the hardest part about your challenge? What did you like best? Did you learn something new about yourself while doing this challenge?

A. The hardest part for me, was getting the story to come in at less than 10 minutes, without taking out anything that was crucial to the exposition. A lot of descriptive language and backstory had to come out, because the written story was not short enough. Another hard part was keeping the “uhms” and other pauses out of my voice.

Q. Tell us more about YOU, your past stories, books, other artwork, your current project, and what’s on deck in 2014?

A. I have three published novels and a book of short stories, I’ve also put out a 40 page comic book. You can find out more about my books on my blog (http://sumikosaulson.com/) under “Books” and about my upcoming book readings under “Events”… I also paint, and I have an exhibit in November. My artwork can be found here: http://sumikoska.deviantart.com/.

Q. If you win 2013 Most Wicked, have you given any consideration to what your theme might be for when you hostess the 2014 Wicked Women Writer Challenge?

A. No, I haven’t.. but now that you’ve asked, I’m thinking that it could be called “Cat got your tongue?” and be all about different types of roles that the feline presence takes in horror: from the feline familiar, to the cat who sucks the breath from babies in the cradle, to Cat People, which was about were-cats… cats can be pretty spooky. I love cats, don’t get me wrong. 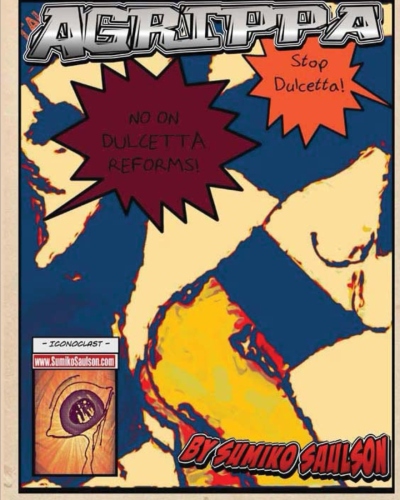 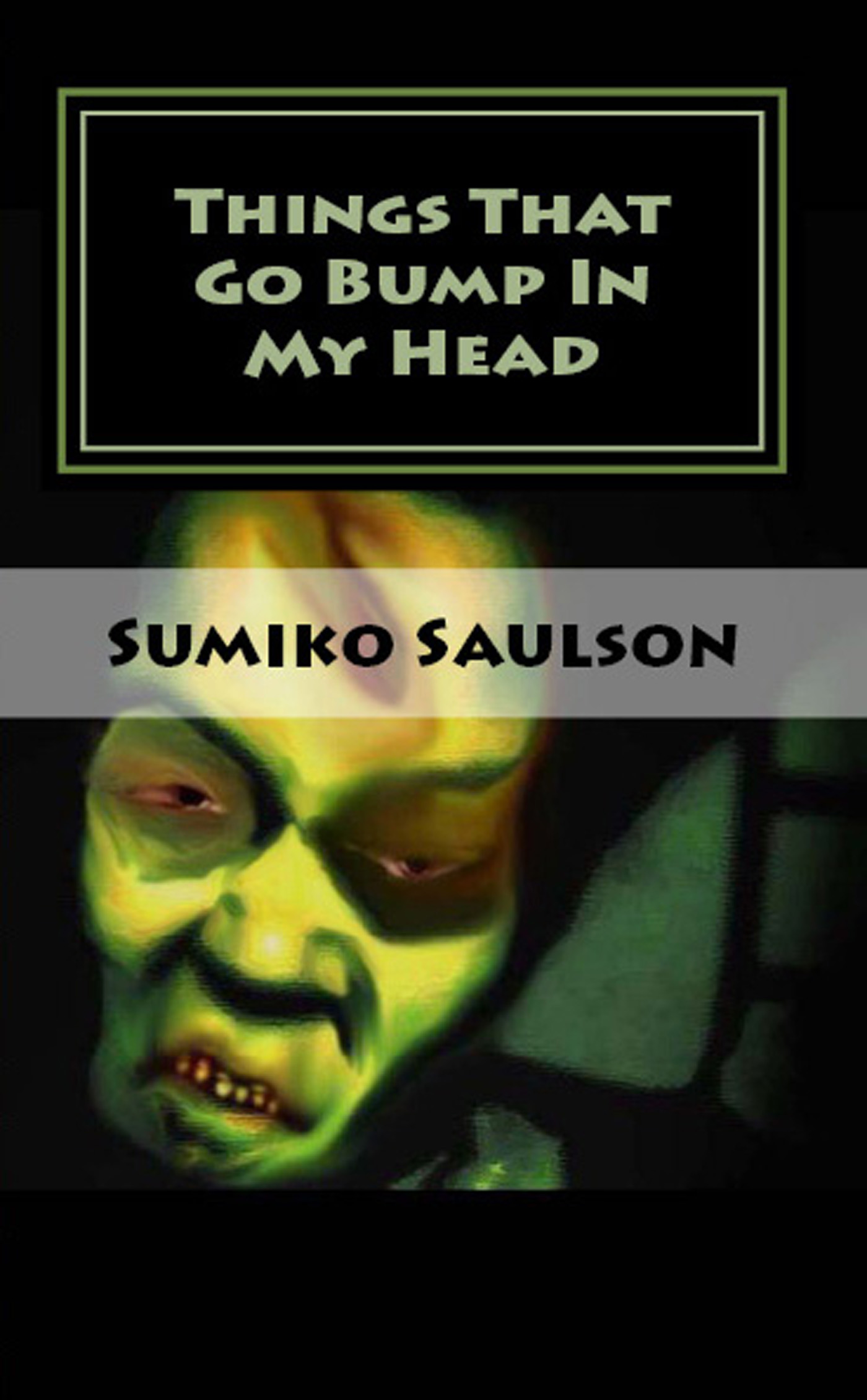 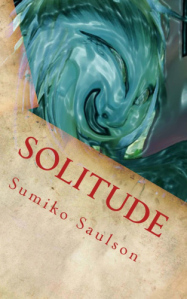 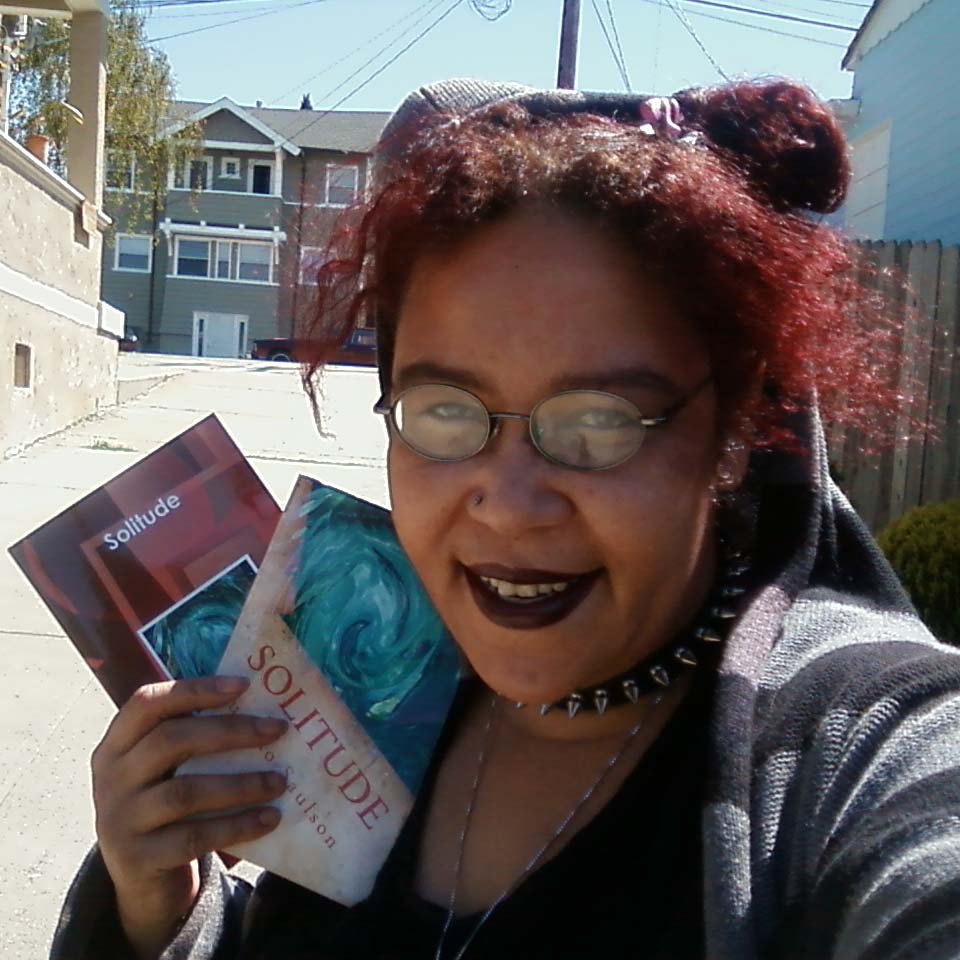 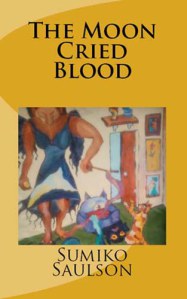 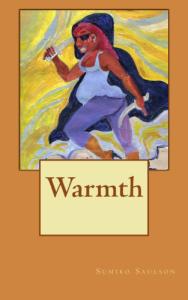